Hello Klaas,
many thanks

The original was fitted out with a 6 Cyl B&W Alpha engine (Alpha Diesel type 406-26VO). It delivered a power of 660hp and a speed of 10.5kn. You can change the sounds of the modul, but you must convert and generate a new soundfile. For example it’s possible to download a videofile at youtube. Subsequently you have to convert it by a “sound teacher”, a programm, which change the fileformat. After the conversion you can upload the file to the modul.

Videolink of the former LARGO II, a sistervessel of RIKKE BOYE, which was powered by a B&W Alpha Diesel 406-26VO:

Hi all,
the next project has been started. On October 31th I've been at a "model flea market" near Elmshorn/ Germany. I bought a hull of the steamvessel (inkl. GA plans) NORDBORNHOLM. 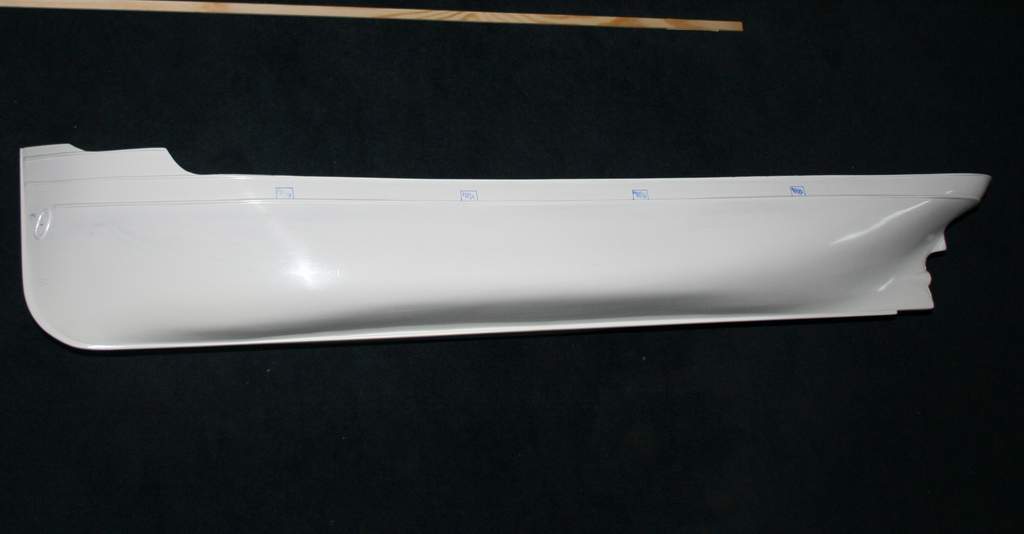 But I don't want to built a NORDBORNHOLM. I think, the hull is be predestined to built an old danish stonefishing vessel. So I began to build one

At first I grinded the hull and painted it blue by air brush. 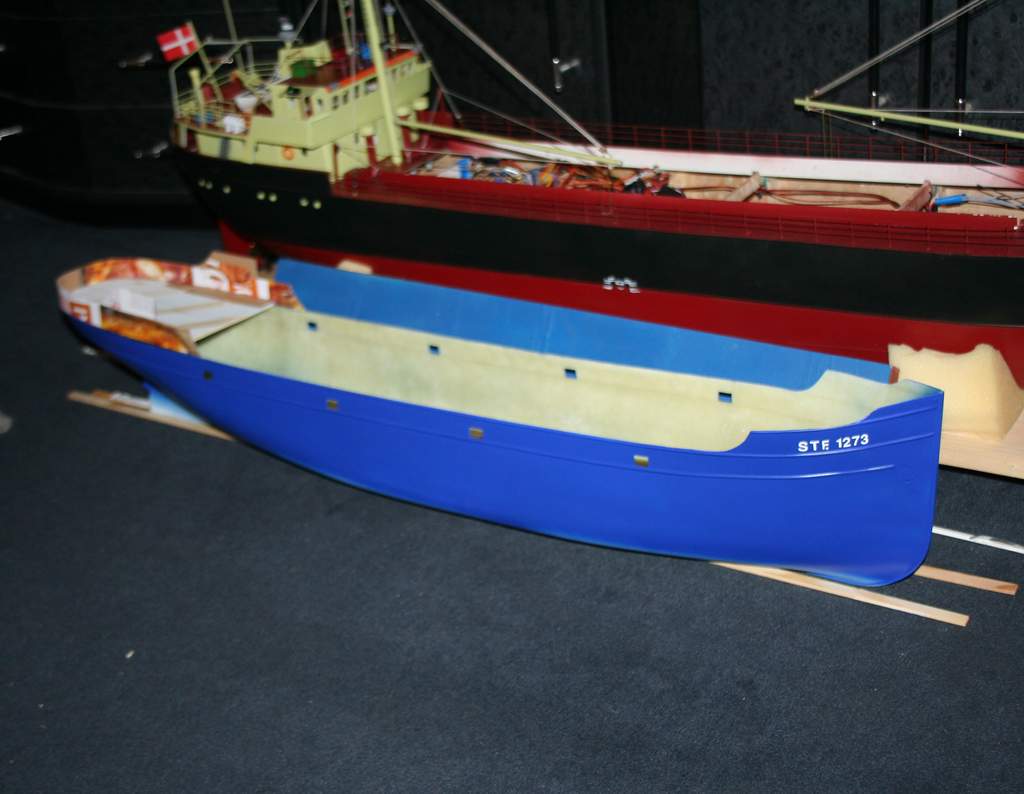 At next a poop deck was built. It was created by pape and reinforced by glass fibre. A SIKU cran completed the scenario. 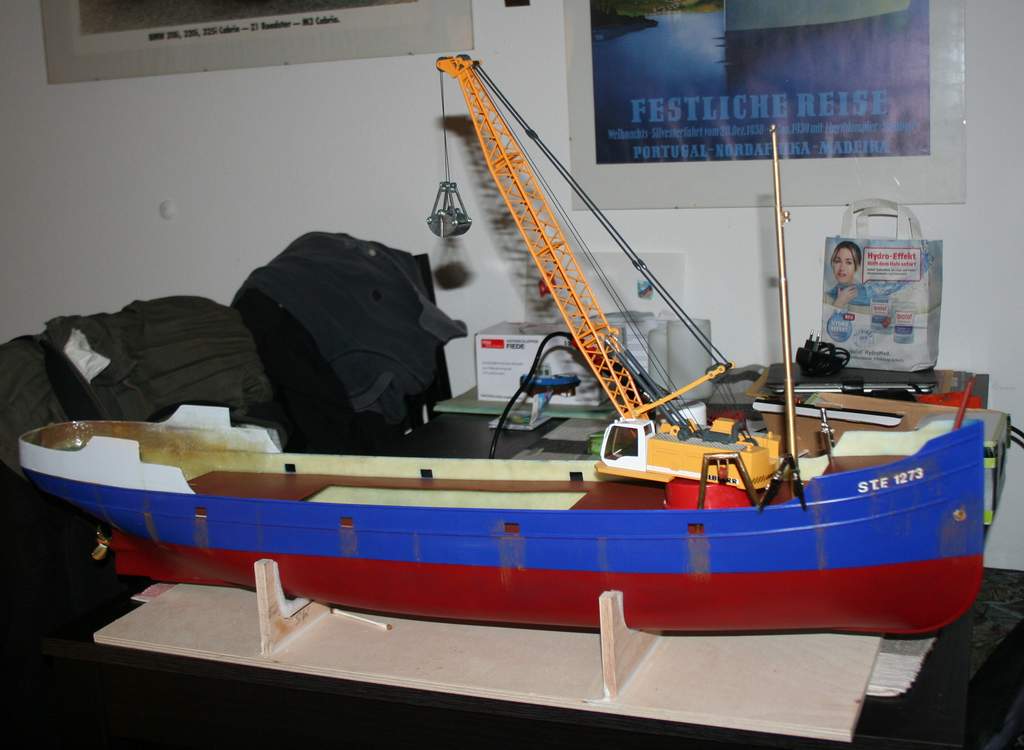 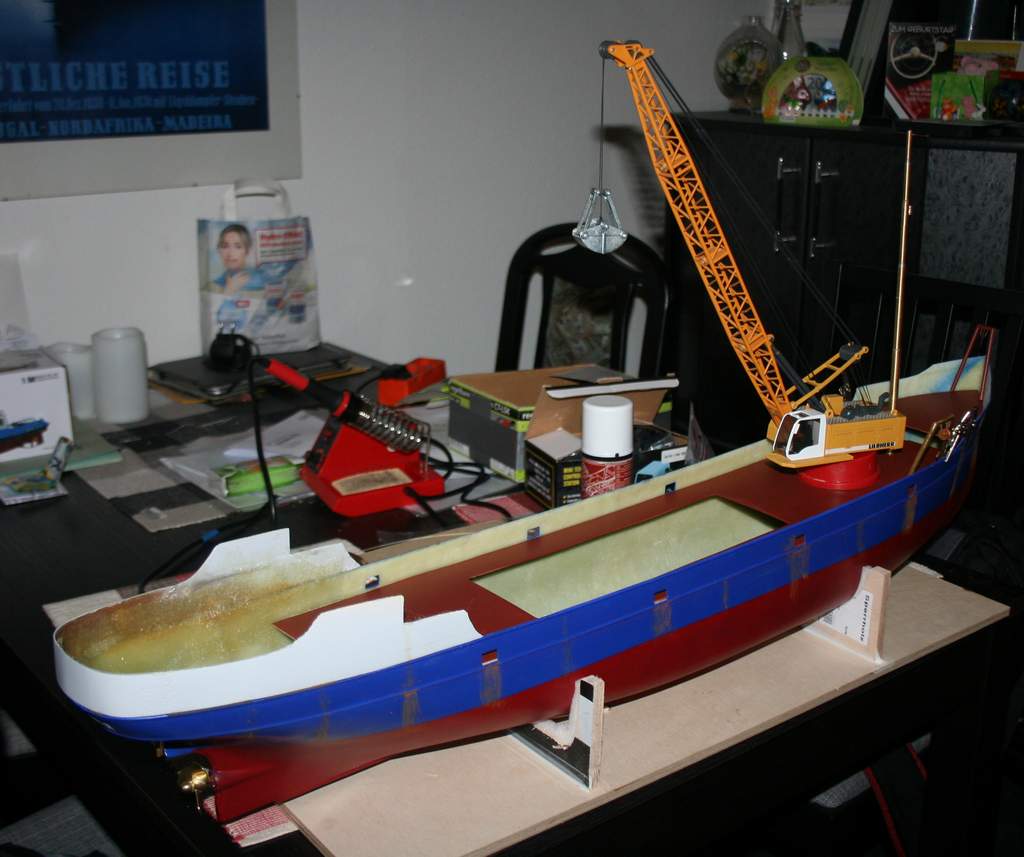 If you're interested in some news about this one, let me now. I'll post some new pics about it

It looks like aan Siku crane fitted on this model.
Anyway, it looks good on board this model Arne !.
You running a modelshipyard with a great orderbook !!!.

Hello Roy,
many thanks. Yes, there's a lot of work to do

Yesterday, I've loaded up a little compilation about our RC Meetings in 2019. Just have a look at the video. Maybe you like it