This week's New York Times Magazine cover story is a fascinating and detailed account of the grounding of the Shell oil rig Kulluk in the Gulf of Alaska two years ago. With the benefit of two years hindsight and a comprehensive Coast Guard report published last April, writer McKenzie Funk pieces together a riveting tale.
WorkBoat readers will have special appreciation for the story which involves the tricky tow of the perfectly round drill rig Kulluk, refurbished at Vigor Shipyard in Seattle for Shell. The rig was headed for a new and unforgiving frontier in oil exploration, the Arctic. Shell planned to send two exploratory rigs to the far north to retrieve core samples and confirm oil reserves. The Kulluk headed north under tow by the Edison Chouest-built Aiviq, touted as the largest anchor-handling, icebreaking vessel on earth. Aiviq was purpose-built at a cost of $200 million. The vessel is powered by four Caterpillar C280-12 engines each capable of 5500 hp. All of these engines failed during the fateful voyage. The other rig, a self-propelled drill rig had its share of issues, but made the round trip safely. The Kulluk and Aiviq made the trip north to Dutch Harbor then proceeded 1000 miles north and managed to partially drill two of five test wells before having to retreat as the sea ice returned. It was on the voyage from Dutch Harbor back to Seattle that all hell broke loose. They left Dutch Harbor just after Christmas so that Shell would not be liable for Alaska state tax if the rig remained into the new year. The winter weather became more and more dangerous. Huge waves turned the derrick rig into a metronome and washed seawater into the Aiviq's mighty engines. Kulluk foundered after the tow line snapped (this occurred five times). Coast Guard helicopters struggled to rescue the 18-man crew from the Kulluk.
The most interesting part of the story is when the Crowley tug Alert comes on the scene. This 140' escort brought 10,000 hp and a brave crew to the disaster. The Crowley crew was later recognized by Alaska state representatives for their courageous attempt to save the rig. Funk takes us right on deck with these guys in 50 knot winds and 30-foot seas as they rig a tow line after the engines on the Aiviq all failed.

Icy Reception
Shell’s stumbles have raised questions about its ability to drill in the Arctic.
By Bruce Buls, Technical Editor

Last year, when The PEW Charitable Trusts launched a publicity campaign in opposition to Royal Dutch Shell’s plans to drill in the Arctic Ocean, Shell responded on its website: “Our campaign has been ongoing for five years. The burden of proof has always been on Shell to prove Arctic-readiness and it’s not something we shy away from. We’re proud of our Alaska story and capabilities. We are Arctic Ready.”

But were they “Gulf of Alaska Ready”?

That’s the question now that Shell has run into more problems after it sent the anchor-handling tug Aiviq, with the drilling barge Kulluk under tow, east from Dutch Harbor, Alaska, on Dec. 21. The tow was en route to Vigor Shipyard in Seattle. The Kulluk is a round/conical 266'-dia. drilling barge with a 160' derrick, three large cranes and accommodations for 108. Shell purchased the rig in 2005 and spent $292 million upgrading the 30-year-old drilling vessel. (The 360'×80' Aiviq, is a 22,000-hp, Arctic-class anchor-handling tug/supply vessel built by Edison Chouest Offshore in Louisiana in 2012 specifically for Shell’s Arctic drilling program.)

The weather forecast as the vessels headed east across the Gulf of Alaska called for winds of 17-35 mph and seas of seven to 15 feet. By Christmas, though, the weather had started to kick up with a forecast for gale-force winds.

Winds increased to 40 mph and seas were up to 30'. It was a full-scale winter storm in the Gulf of Alaska, but it wasn’t unusual, according to Rick Steiner, a longtime resident of Alaska and a former crabber out of Kodiak. “This is the kind of weather that people fish in here in Alaska. It’s just the way winter is,” he said.

On Dec. 27, as the seas got bigger and the strain on the gear intensified, a shackle on the towline snapped and the Kulluk and its crew of 18 were suddenly adrift. The Aiviq crew managed to capture the line and get it reattached.

But then the big anchor-handling tug lost power shortly after midnight the next day. All four of its Caterpillar C280-12 main engines died from what is speculated to be contaminated fuel. A Coast Guard investigation into the Kulluk incident is ongoing and the official cause of the propulsion failure is still pending.

After about eight hours, the Aiviq’s engineers managed to get one of the engines restarted. Meanwhile, the boat relied on auxiliary power to run its four thrusters to slow the drift.

A Unified Command was established in Anchorage on Dec. 28 to oversee the Aiviq-Kulluk response. Additional support boats were called in, including the Nanuq, a 300', 7,300-hp platform supply/oil response vessel owned by Edison Chouest. Two Crowley Maritime tugs, the 127', 7,200-hp Guardsman, and the 126', 11,000-hp Alert, and the Alex Haley, a 283', 6,800-hp Coast Guard cutter from Kodiak, also arrived on the scene.

Over the next several days as the winter storm continued to rock the Gulf of Alaska, various lash-ups and vessel configurations were used to try and control the Kulluk, but towing gear continued to break. The Kulluk continued to drift north towards Kodiak Island. At one point, the Alex Haley attempted to tow both the Aiviq and the Kulluk when its tow line parted and got wrapped in one of its propellers, forcing it to return to Kodiak for repairs.

On Dec. 29, Coast Guard helicopters delivered engine parts to the Aiviq, which helped get all four main engines restarted. Coast Guard choppers also hoisted all 18 crewmembers off the Kulluk.

At about 11 a.m. the next day, the Unified Command issued an update that said “Kulluk remains securely under tow.” All three vessels, the Aiviq, the Nanuq, and the Alert, were about 20 miles south of Kodiak Island.

By 4:35 p.m., however, the “secure” tow had failed again. According to another Unified Command update, the tow lines connecting the Aiviq and the response vessel Nanuq to the Kulluk separated. The tug Alert arrived from Prince William Sound and “the crew is evaluating all options for reconnecting with the Kulluk.”

On Dec. 31, the crew of the Alert managed to grab and secure a 400' tow line that previously connected the Aiviq and the Kulluk. Later that morning, the Aiviq also hooked again to the drilling rig, but it wasn’t long until that connection also broke.

With only the Alert tethered to the Kulluk and with seas up to 40' and 50-60 knot winds pushing both vessels towards land on the south side of Kodiak Island, the Unified Command ordered the Alert to intentionally disconnect from the Kulluk at 8:10 p.m. on New Year’s Eve. Less than an hour later, the rig grounded on Sitkalidak Island on the south side of Kodiak Island. On board were about 140,000 gals. of diesel fuel and approximately 12,000 gals. of lube and hydraulic oil, all of which stayed put during the grounding.

After a week of inspections, the Kulluk was successfully refloated on Jan. 6 with all fuel still on board. The Aiviq towed it to safe harbor in Kiliuda Bay on Kodiak Island on Jan. 7.

During the response and salvage operations, about 15 boats and over 700 people were involved.

The good news is that no one was seriously hurt and no oil was spilled. The heavily built Kulluk appears not to have had serious hull damage, but technical assessments of the rig’s condition have not been released.

Shell recently announced that both the Kulluk and the Noble Discoverer, a 514'×71' drillship also involved in Shell’s 2012 exploratory drilling in Arctic waters, would be taken to Asia for repairs. The two vessels will be transported on heavy-lift ships.
Vriendelijke groet
Jan. 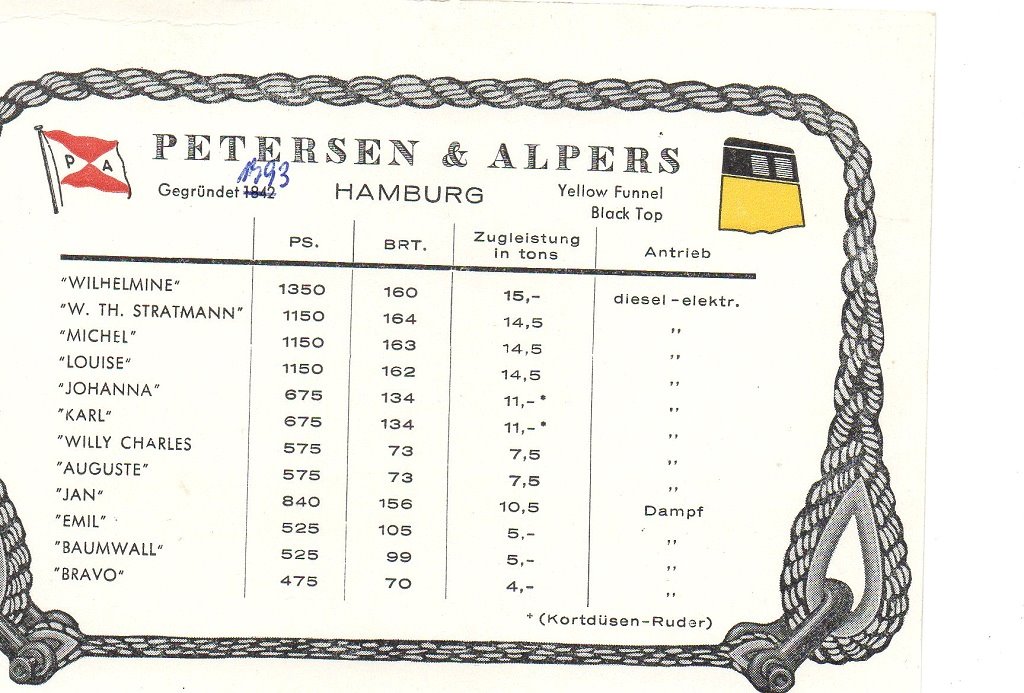 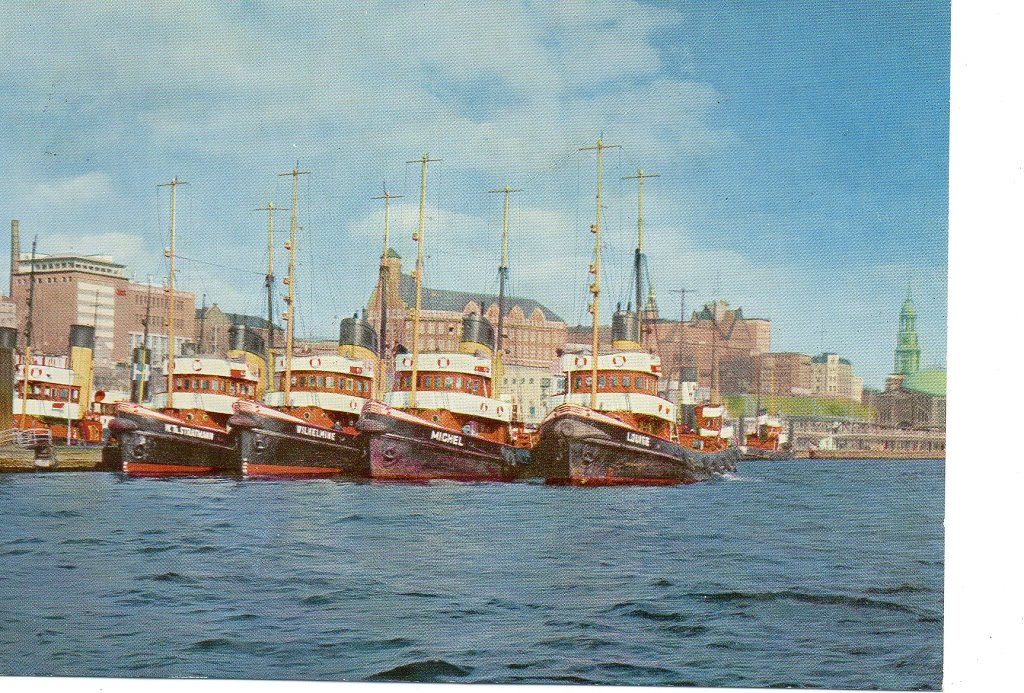 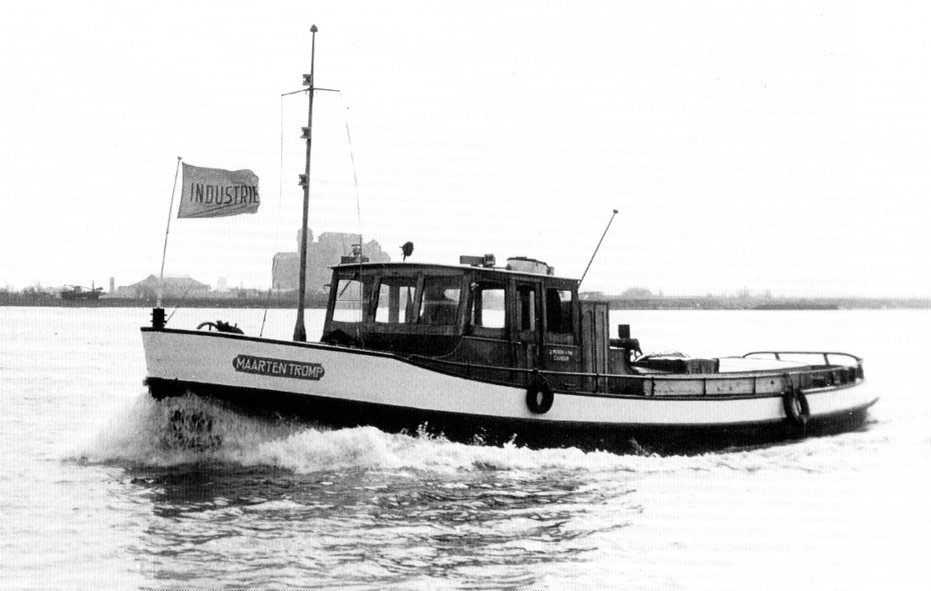 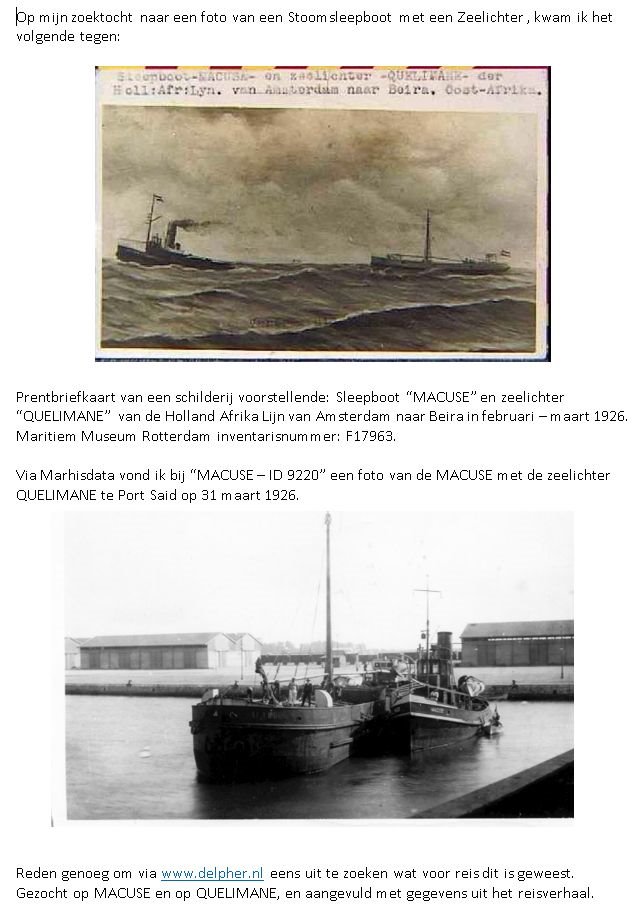 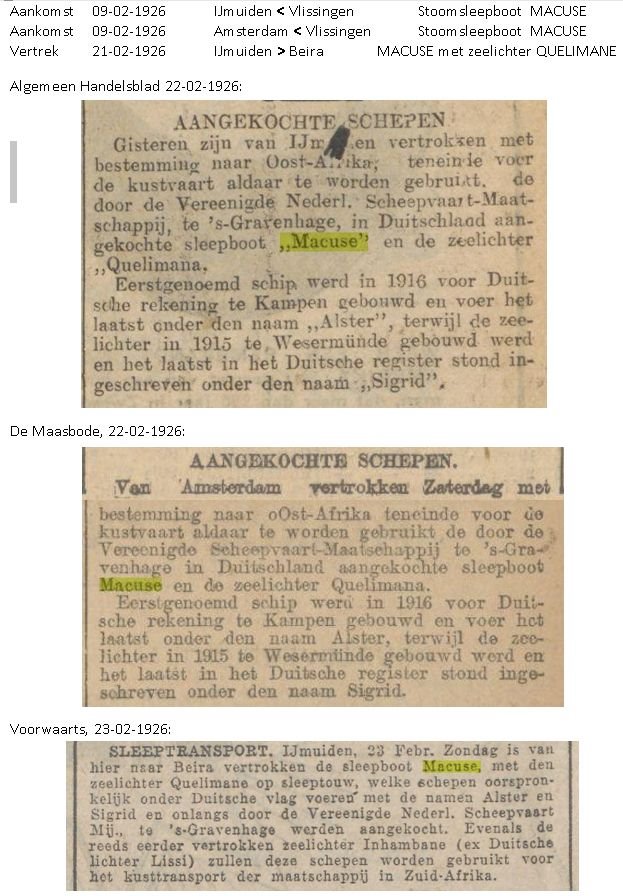 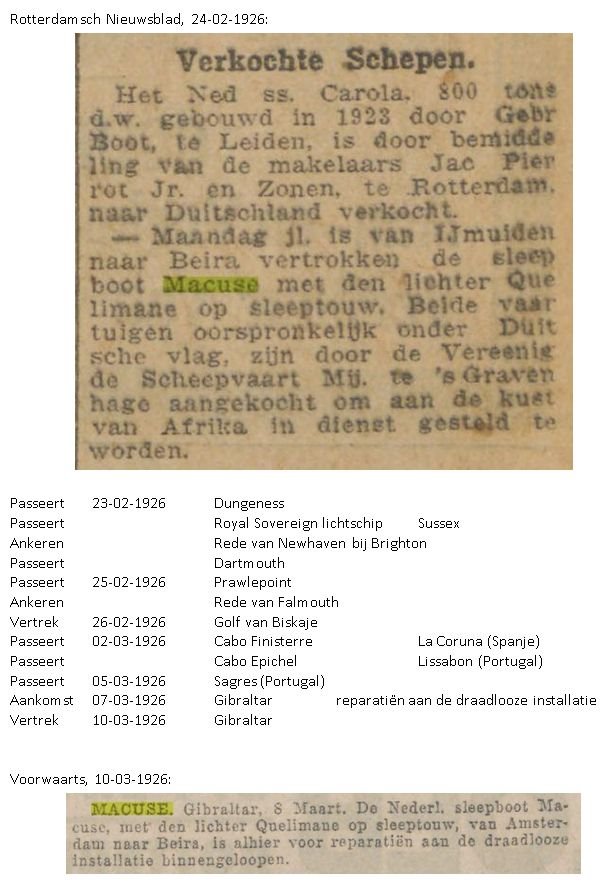 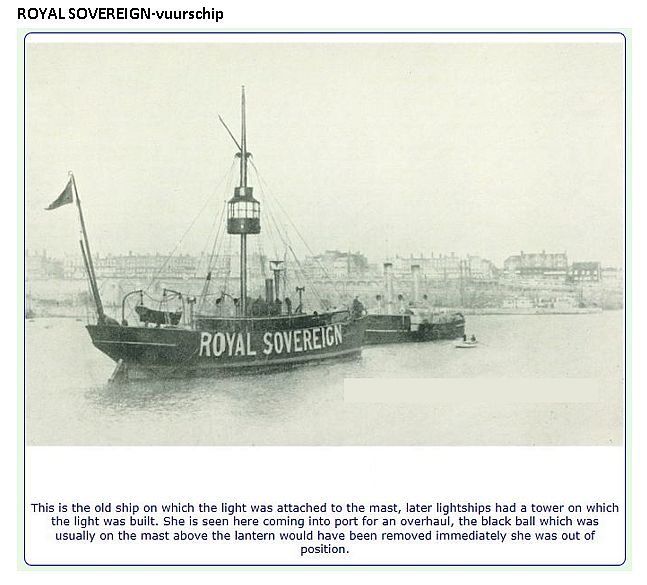 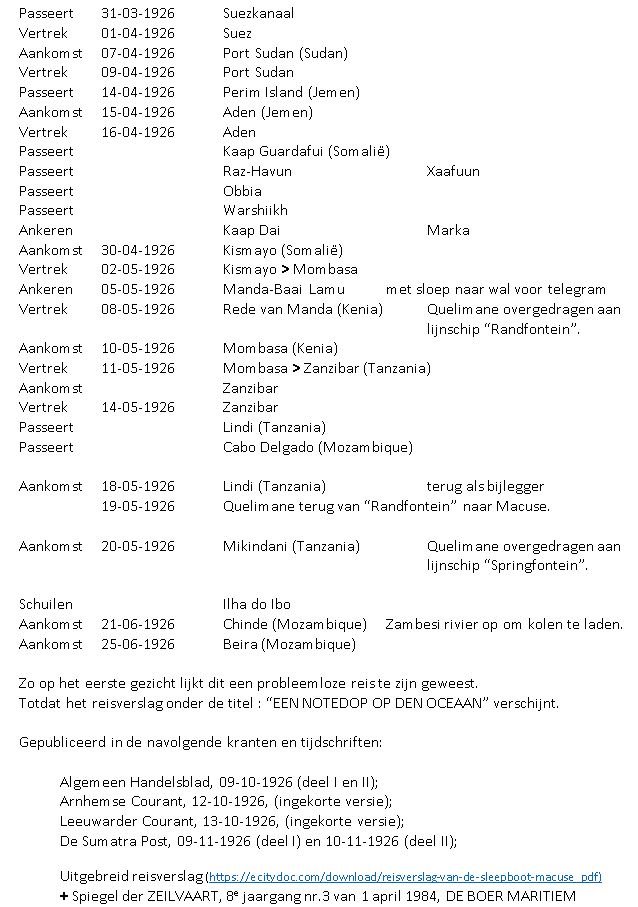 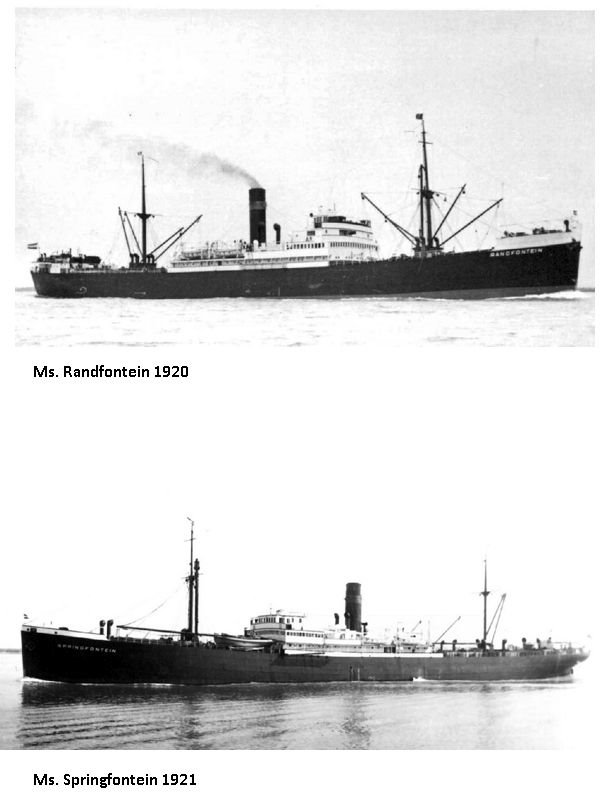 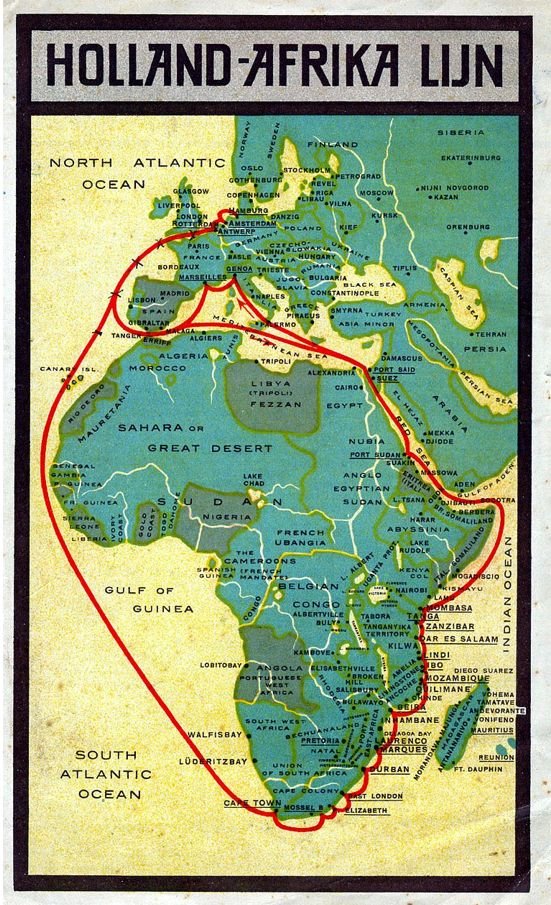