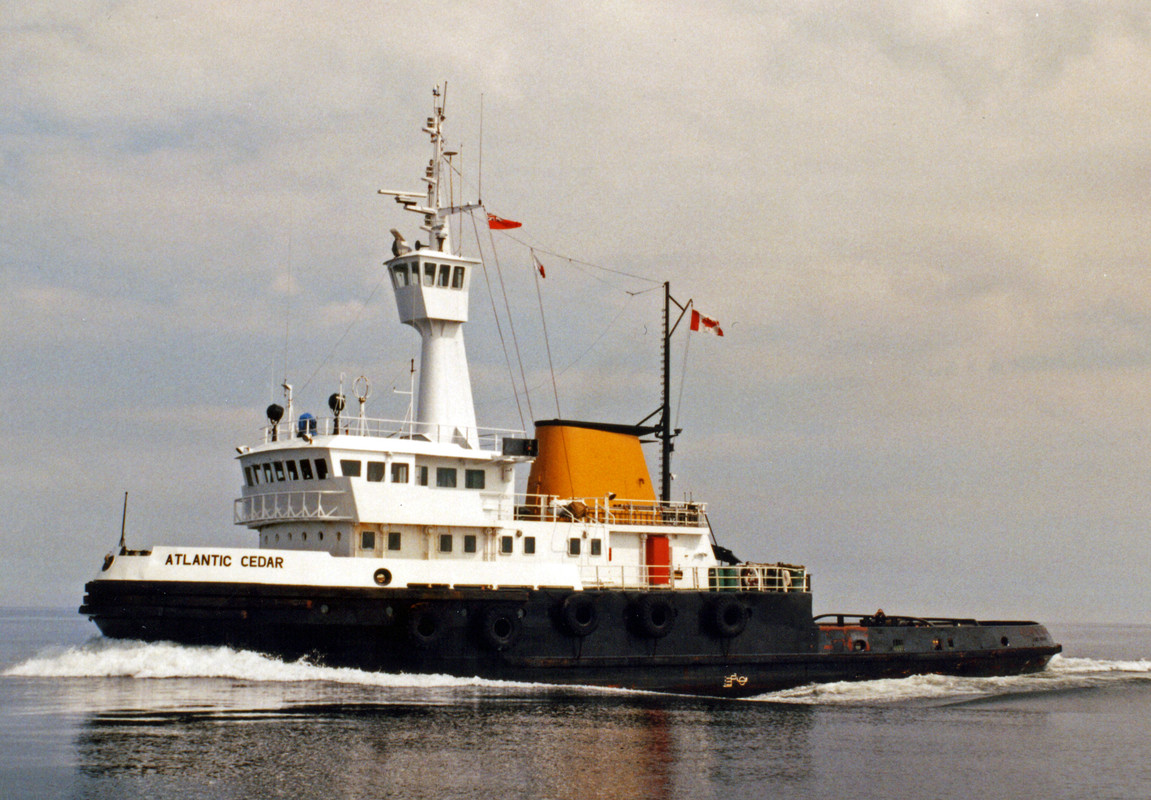 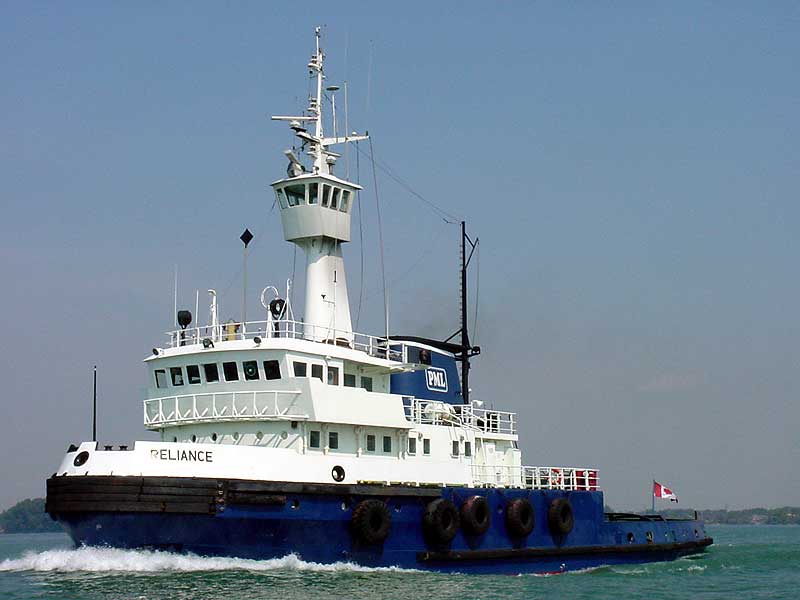 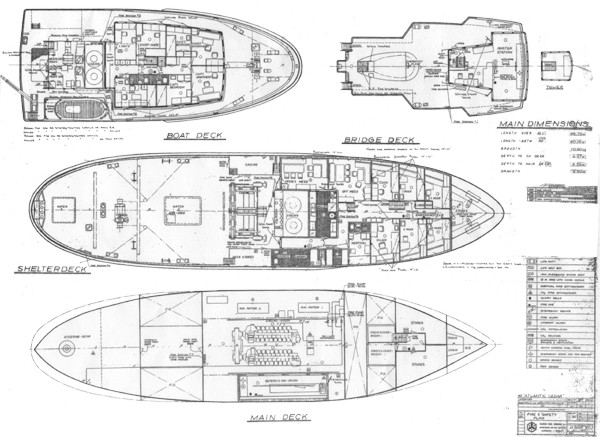 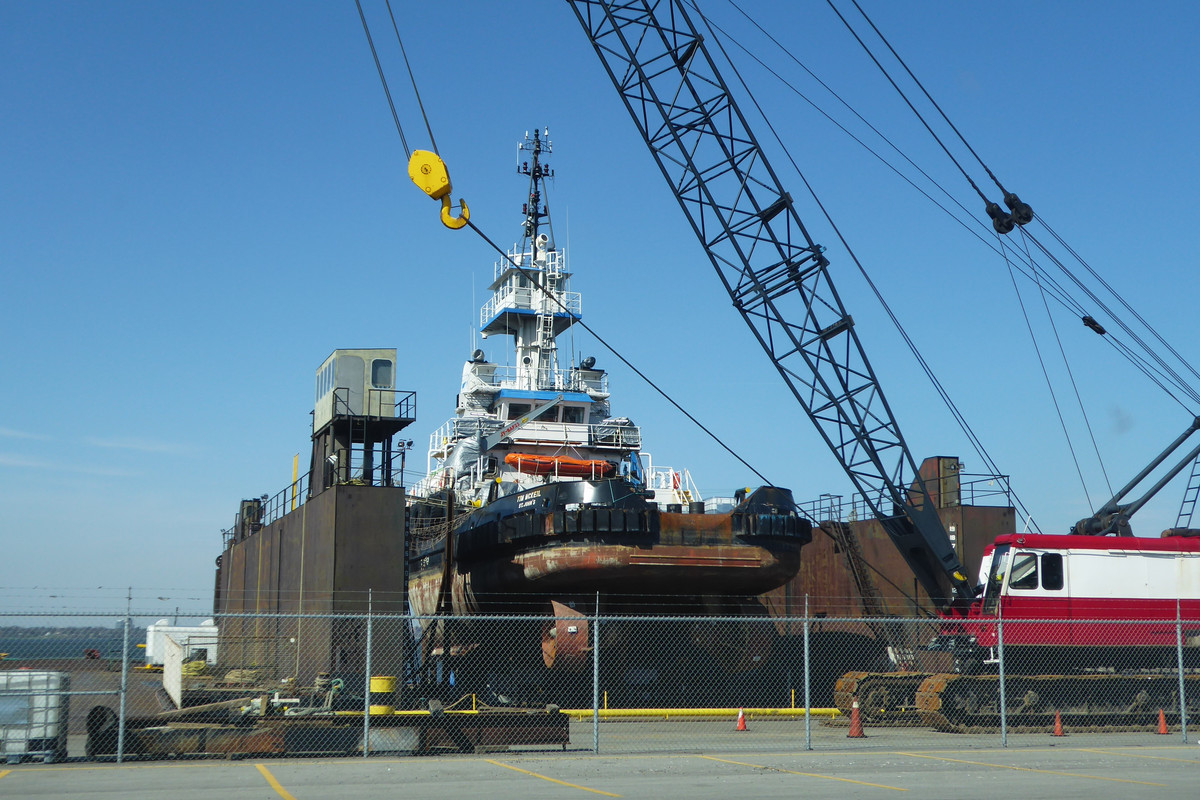 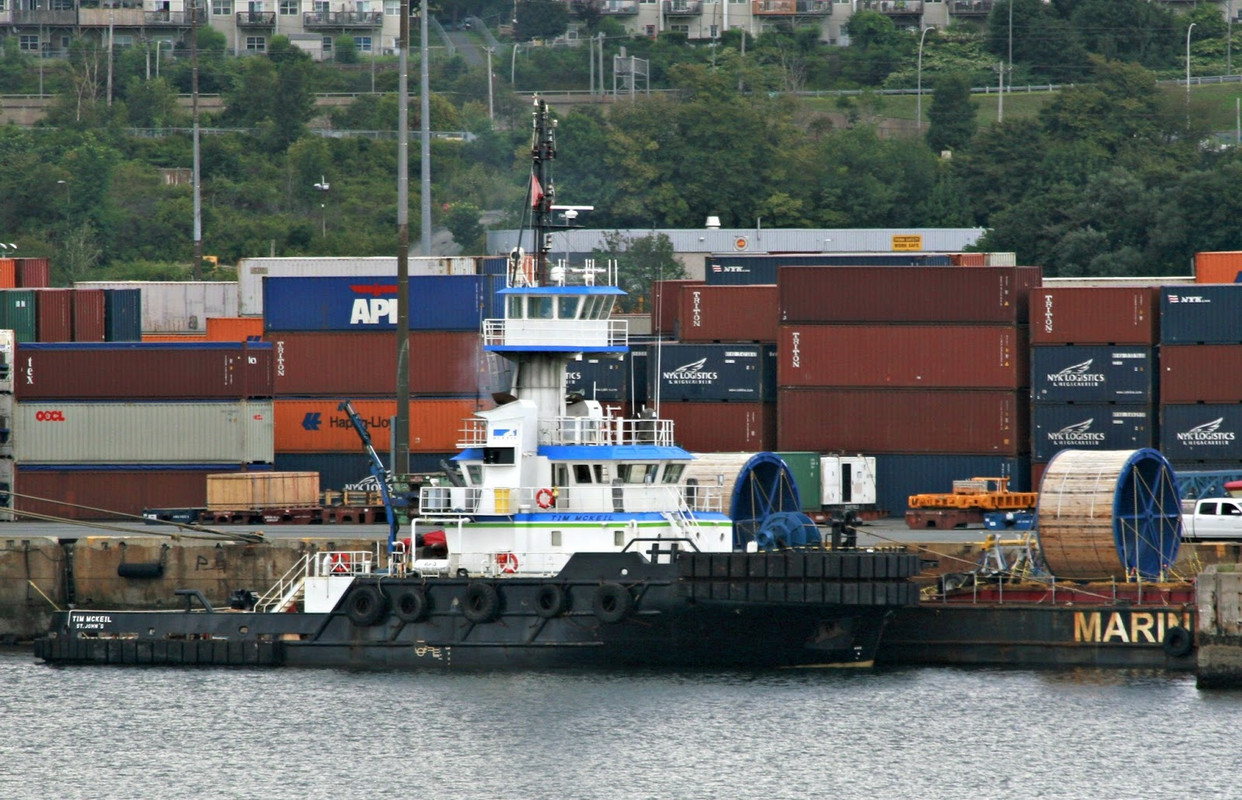 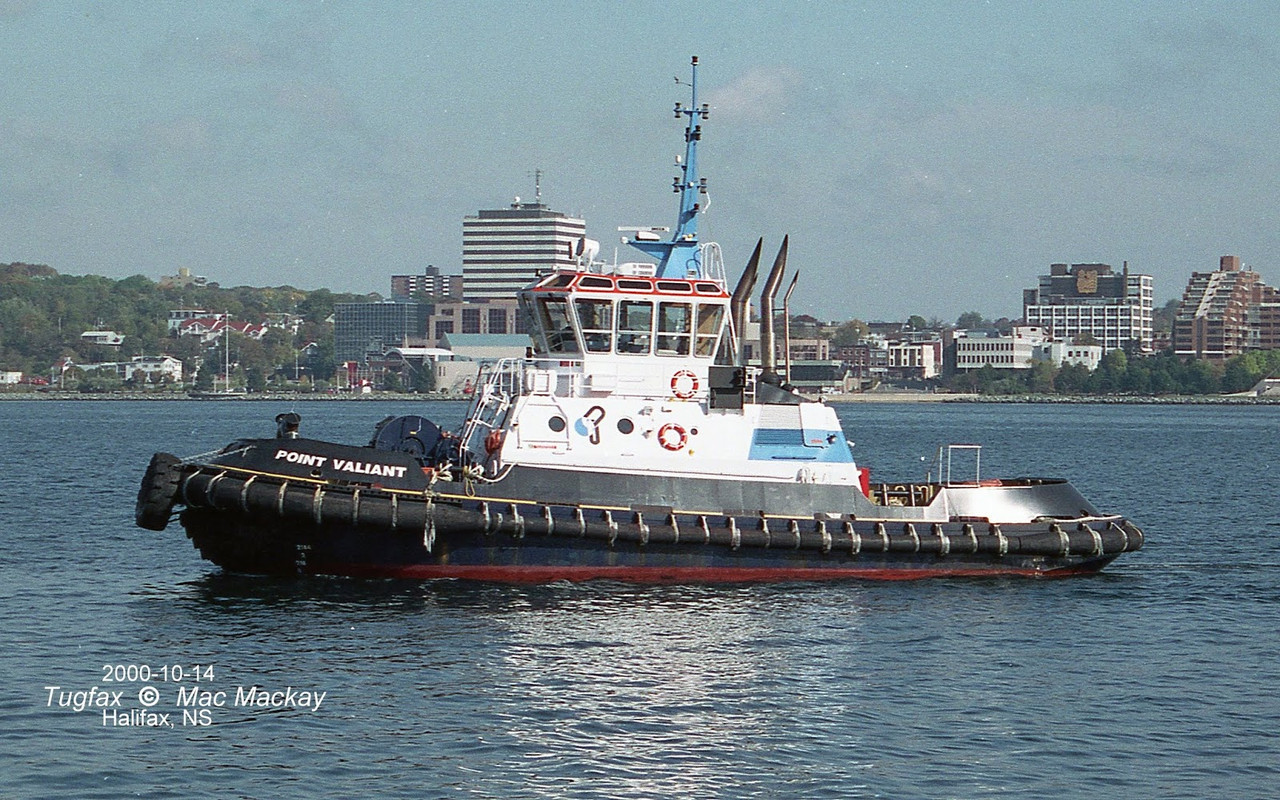 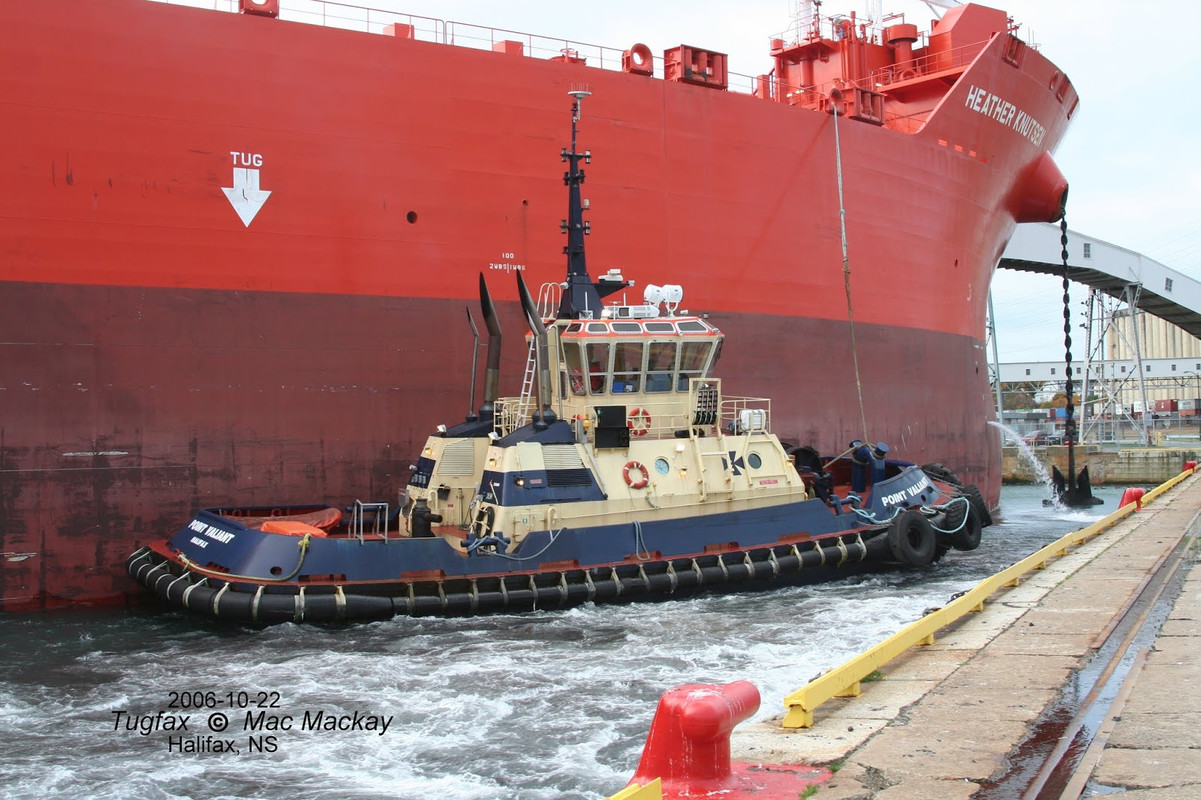 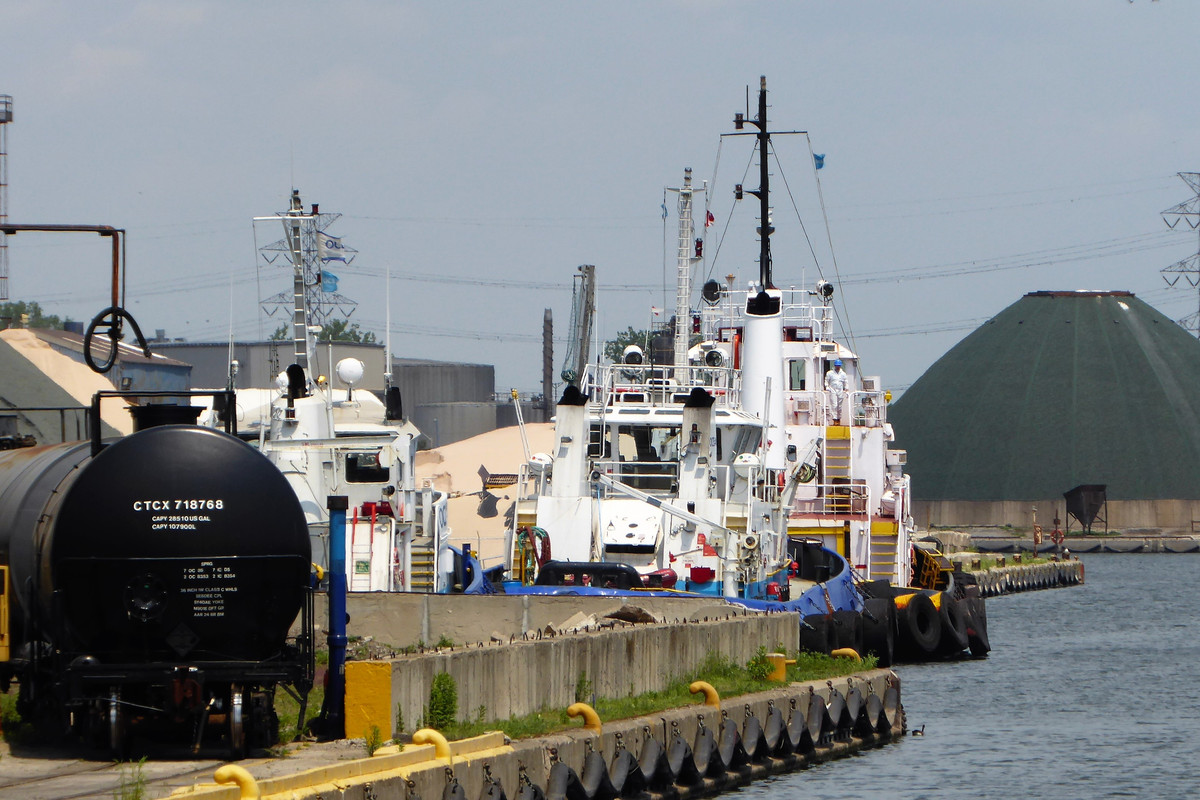 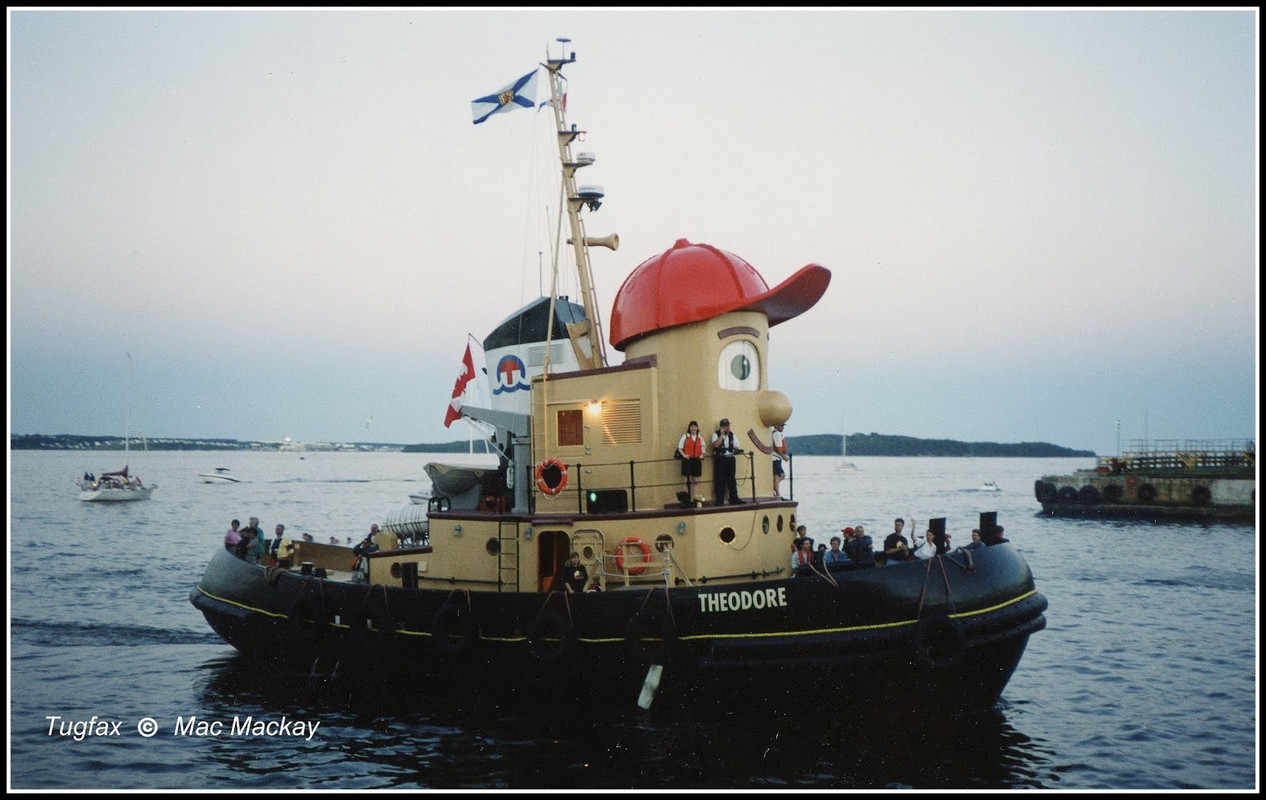 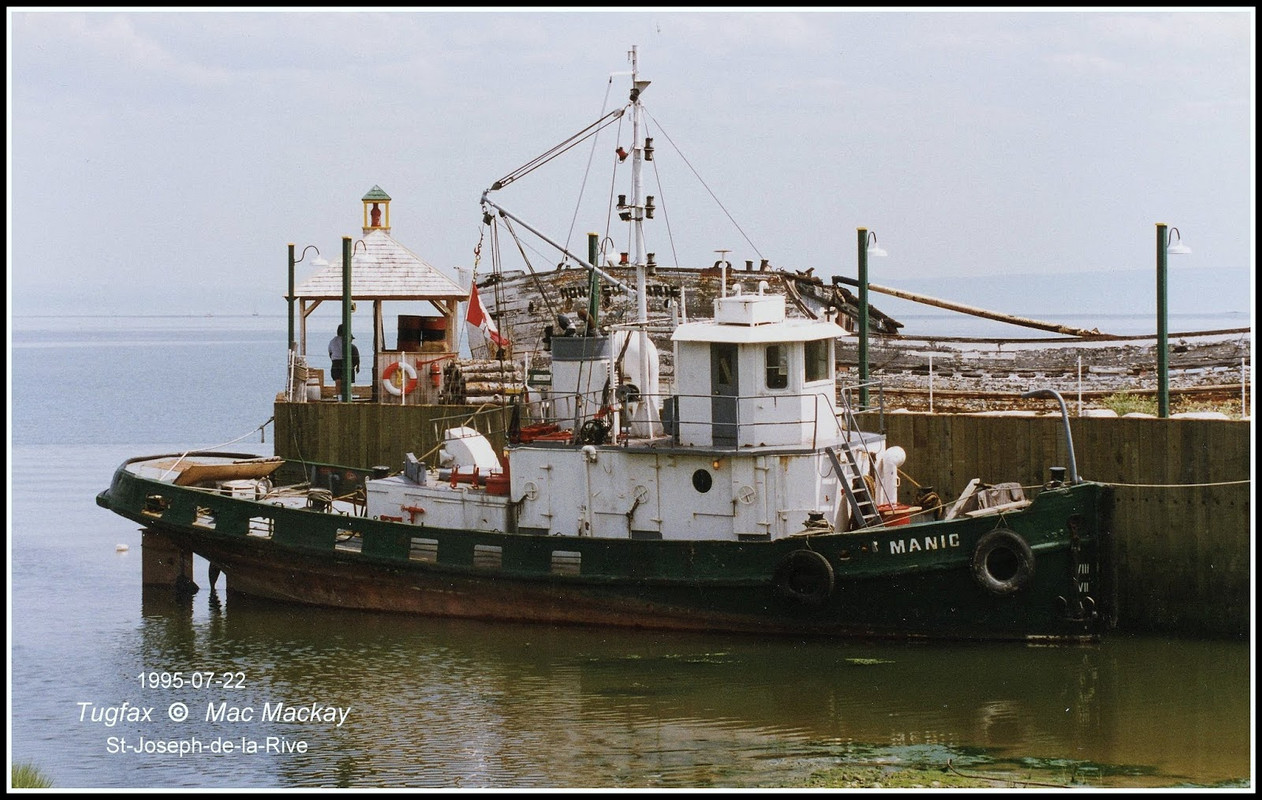 Circa 1950 railcar tugboat isn’t too old for modern-day towing training
Jan 23, 2013 04:14 PM
BY WILL VAN DORP
The tugboat Cornell is made up to a barge in the Hudson River.
Photos by Brian Gauvin

The tugboat Cornell is made up to a barge in the Hudson River.

For more than half a century, the historic tugboat Cornell moved railcar floats, assisted cargo ships, opened ice-choked channels and starred in movies. Since 2009, the tugboat has had a new role: Diamond Marine Services uses it as a platform for mariners to demonstrate skills so that a U.S. Coast Guard-approved examiner can sign off on their TOAR, or Towing Officer Assessment Record.

Cornell now operates on the Hudson River out of Kingston, N.Y. Listen to its throbbing engine and you’d think it was just out of the factory crate.

But this 16-cylinder Cleveland 16-278A is more than 60 years old. The wooden wheel, its worn rim long missing its “wrist-breaker” handles, makes you wonder how many mariners have steered her. See the controls, brass burnished by sweat, yet still responsive to the slightest movements of fingertips. If Cornell could speak, it would certainly tell some spellbinding tales.

It’s the only survivor of four almost-identical diesel electric tugboats delivered by Jakobson Shipyard between 1948 and 1950 for the Lehigh Valley Railroad. Two siblings — Lehigh and Hazleton — have become artificial reefs since 2000, and Wilkes-Barre has been scavenged out of existence.

One of Diamond Marine Services designated examiners is Sam Zapadinsky, graduate of the State University of New York Maritime College (SUNY Maritime) and a tugboat captain.

Zapadinsky, along with fellow SUNY Maritime alum Matt Perricone, began offering the service in 2009. Since then, Diamond Marine Services has assessed 97 mariners in 31 sessions.

“Old isn’t junk,” said Perricone, current owner of Cornell. It is an overbuilt tugboat from a bygone era, worthy of preservation and restoration and he is still working to pay for it.

A typical TOAR session works with four mariners at once and lasts an entire eight-hour day with a working lunch. When weather allows, lunch happens on the picnic table on Cornell’s boat deck, where, over pizza or sandwiches, Zapadinsky has candidates take turns leading discussions on safety and emergency procedures on the TOAR checklist.

At one such session, Zapadinsky asked, “What’s an allision and what must you do if one happens?”

The candidates brought with them a wide range of experiences. For example, one mariner worked for a one-vessel company with a single fuel barge less than 200 feet, while another was employed in a fleet of only ATBs mated with barges exceeding 500 feet. Those differences helped generate some lively discussion of fine points. Still Zapadinsky emphasized the general principle or navigation regulation.

As the candidates demonstrated maneuvering skills, Zapadinsky was talkative and calm.

He asked a lot of questions, focusing the candidates, and sharing tips. Referring to the wind and current playing on Cornell, Zapadinsky said, “Identify nature; put it in your favor,” a bit of wisdom he repeats several times a day. He followed that with, “What’s the boat doing now? Look at your stern relative to that big tree on the bank. Look at your rudder indicator . . . where is it?”

The TOAR is not about learning to drive, but maneuvering an unfamiliar boat is no easy feat, so the day generally begins with vessel familiarization. A visit to the wheelhouse serves as the time to discuss idiosyncrasies of a diesel electric vessel with a single right-hand prop. For some mariners, the trip through the engine room — housing Cornell’s original Cleveland engine, Allis-Chalmers 1,200-kW generator and Westinghouse motor — triggers memories. Greg Hanchrow, one of the candidates, put it this way, “Cornell is typical of some old single-screw workboats that I broke in on, and although I never ran a railroad company tug in as original a condition as Cornell, the capabilities were similar. The responsiveness of the diesel electric drive train was very impressive.”

Diamond Marine Services uses Rondout Creek and the area of the Hudson River between Kingston and Rhinecliff for the maneuvering portion of the TOAR. Candidates take turns at the helm, easing the light tug in close quarters, docking and turning in a portion of Rondout Creek with adequate water about five boat-lengths wide. After that, candidates take turns using the capstan to make up to the barge in push gear, and then with the barge on the nose, they head out into the Hudson to do touch-and-go barge landings. Zapadinsky calls the last of the helm skills of the day “catch and release.” The barge is released and each candidate has to maneuver the tug in place while the others work with the deck hands on the barge to get a line over and make the tow.

“Today is like experiences I have had during my entire career,” Hanchrow said. “In order to get the job, you need to get behind the wheel and show them how you do it. In the workboat world, you can’t hide behind a resume …. and it’s far better than any simulator.”

Paul Crowley, another candidate, said this: “Maneuvering requires planning and respect for the wind and current conditions. You cannot just wing it and rely on twin screws and horsepower to cover up mistakes. The assessments were practical, well conducted, and exceeded my expectations.”

As is true of many trades, learning to tow involves an apprenticeship. During the 31 sessions, Diamond Marine Services has helped mariners from both coasts, the Gulf of Mexico and the Great Lakes. They often come because their employers cannot provide access to an appropriate in-house vessel. It’s fortunate then that Cornell, this piece of living history, serves as the platform for fulfilling this regulatory requirement.
Vriendelijke groet
Jan. 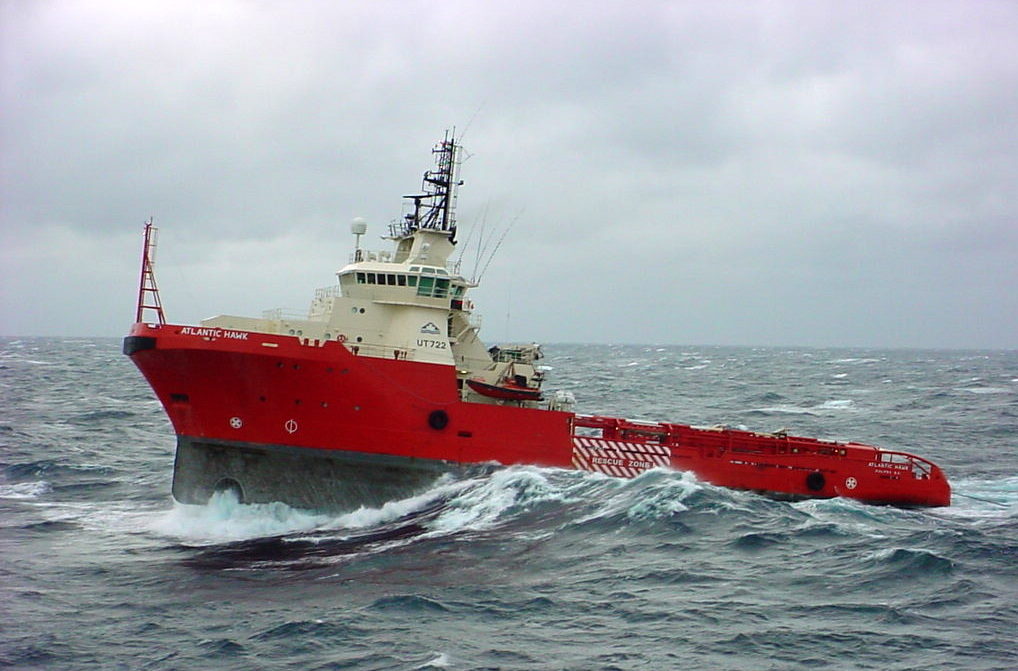 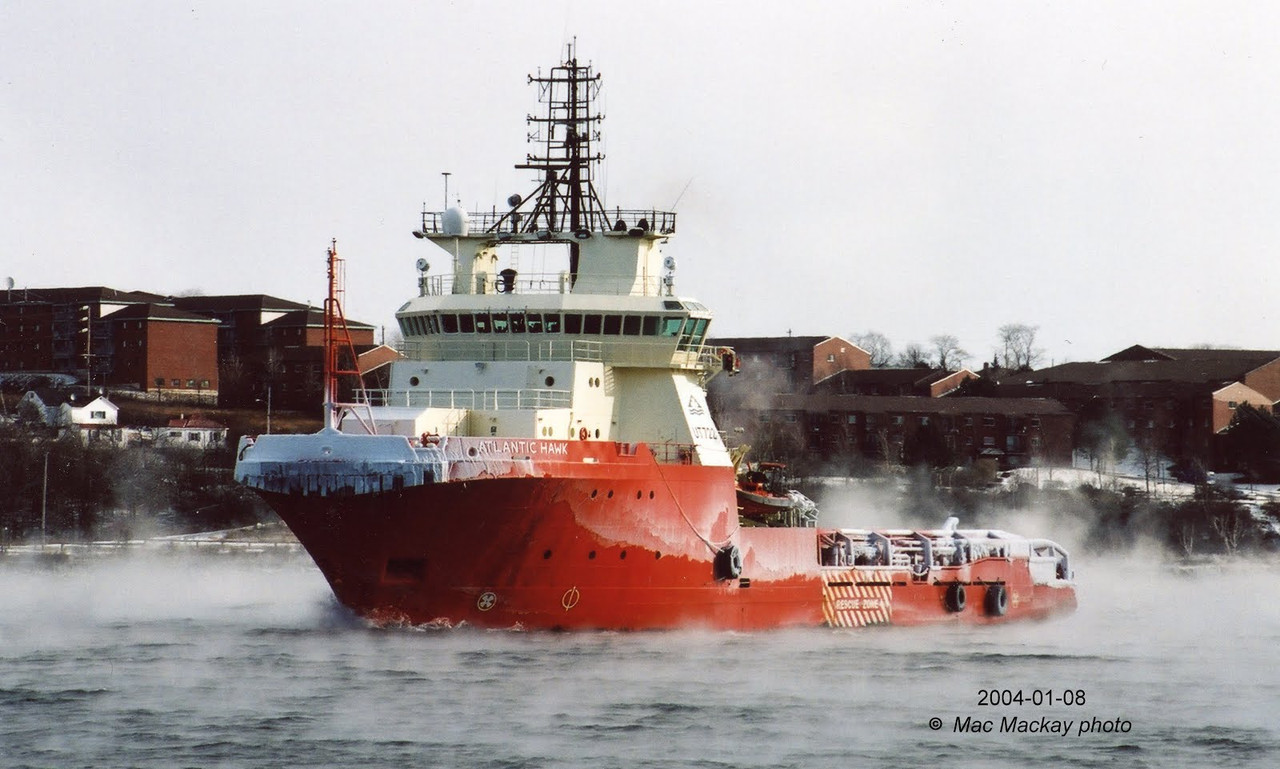 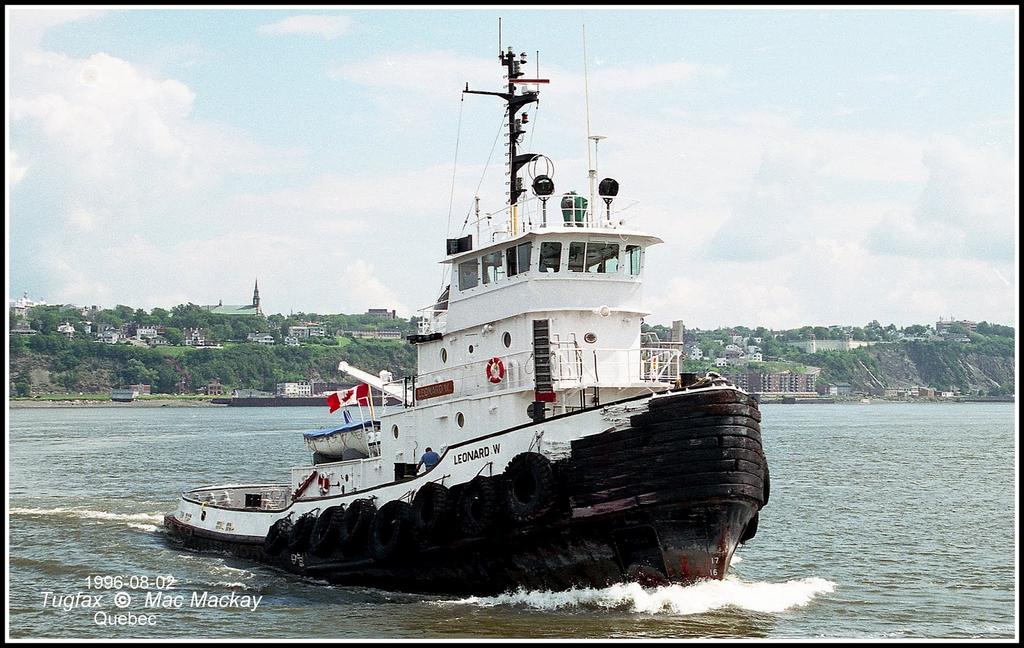 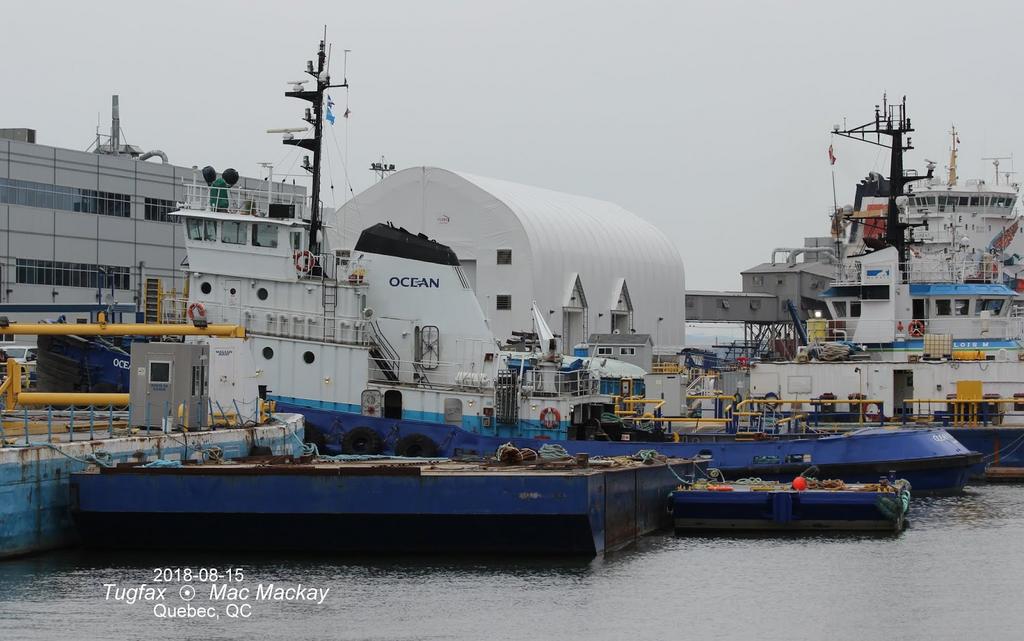 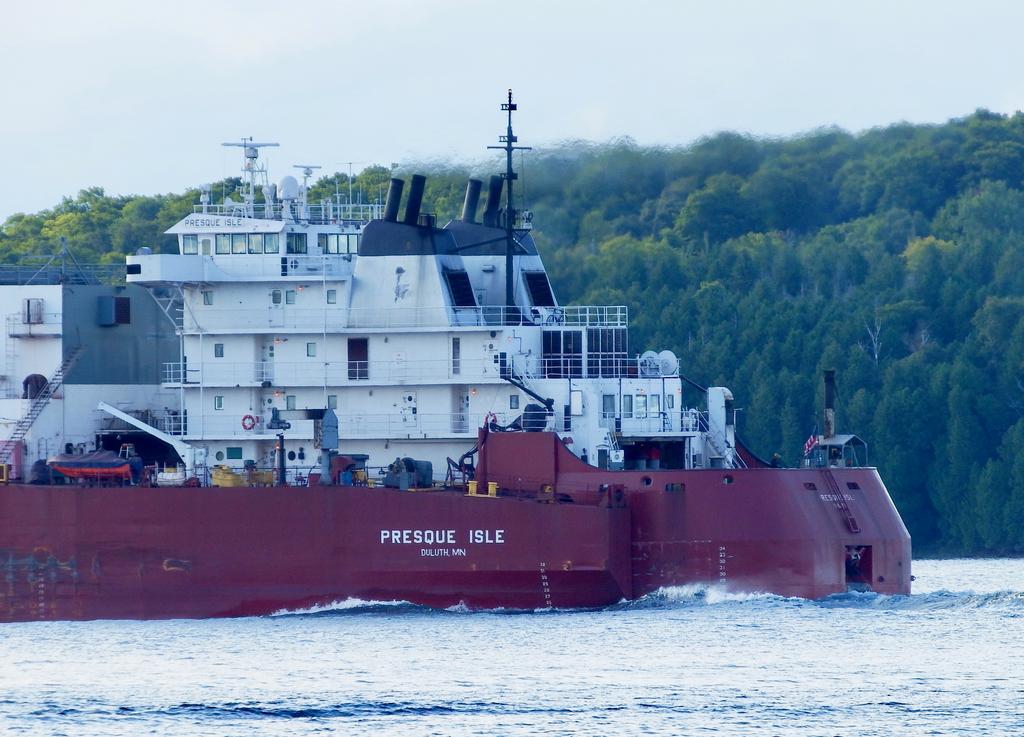 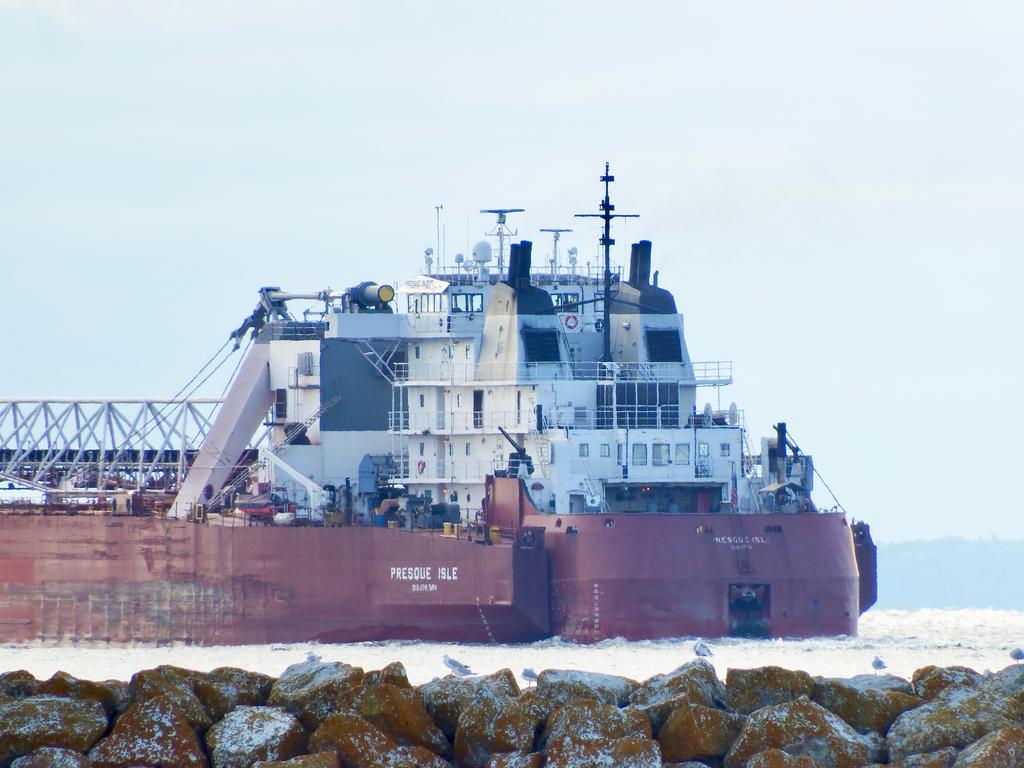 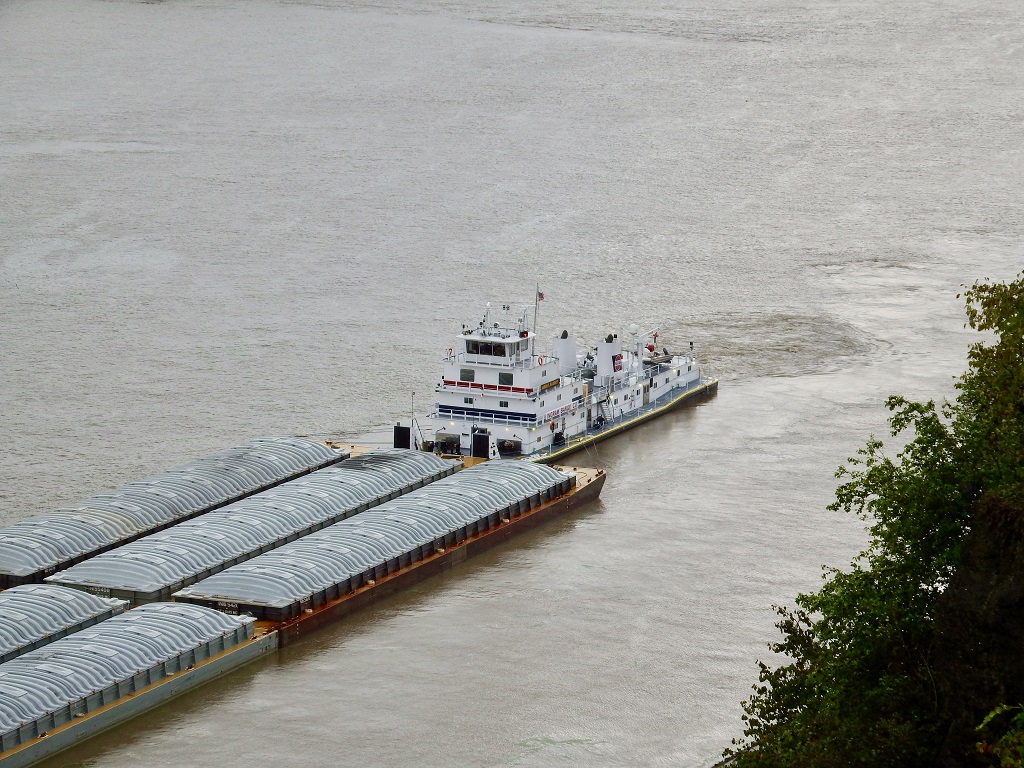 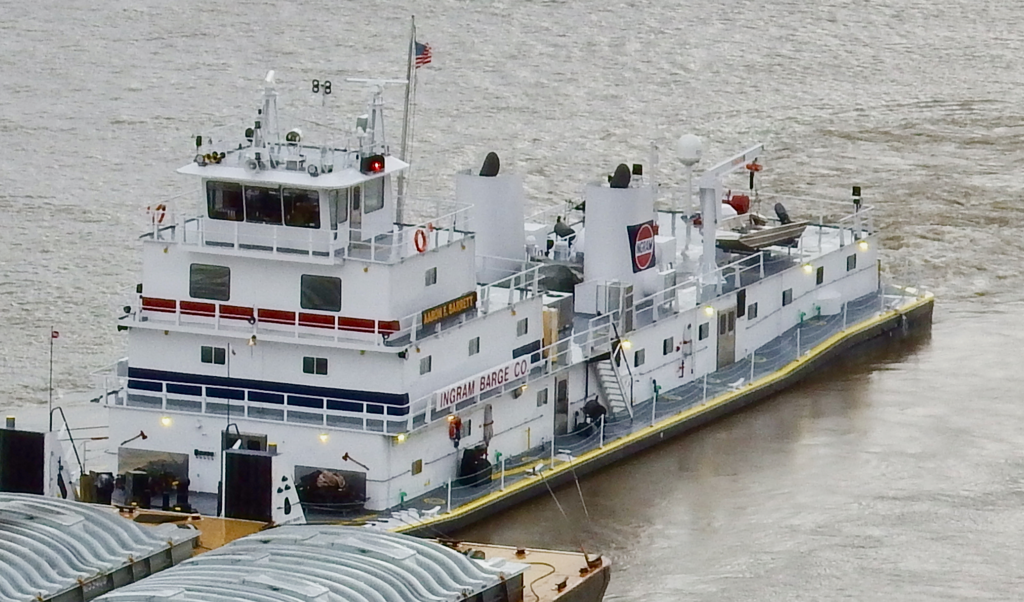