The puffer design remained relatively unchanged until the dark days of World War 2. In 1941 the British Government established a Ministry of War Transport (MOWT) by amalgamating the Ministry of Transport and the Ministry of Shipping. It was given the remit of procuring the shipping resources necessary to serve the nation at war. One of these requirements was for Victualing Inshore Craft (VICs) to transport a variety of cargoes, including fuel, ammunition and food, to ships at anchor in and around our ports, and between coastal locations. The MOWT had to look no further than the Clyde puffers for an unsophisticated design that could be built quickly and cheaply and so the first batch of 64 VICs ordered in 1941 were of a design identical to the immediate pre-war puffers Lascar and Anzac built by Scotts at Bowling for J & J Hay.

Crinan Boatyard in Argyll have copies of the original plans for Anzac and Lascar and have noted during their rebuild of VIC27 that she conforms almost 100% with them. It is interesting to note that, although diesel engines had started to become the norm for ships of this size, the VICs were powered by the same twin cylinder compound steam engines as the puffers because the simplicity of the design enabled them to be manufactured in relatively low technology factories, leaving the scarcer high technology facilities free to devote their resources to the much more complex internal combustion engines. Later deliveries of VICs were of a changed design, somewhat longer that the canal-limited size of their predecessors, welded instead of riveted, and with some of the last built being diesel powered.

When the war ended, the need for the fleet of VICs diminished and by 1947 many were starting to be disposed of by the MOWT. At what look like bargain prices of between £3,000 and £4,000 each it is not surprising that many entered the merchant fleets of countries around the world, from the UK to the Mediterranean, Africa and the Far East. Our main interest here of course is those which came to the Clyde, around 20 it is believed, and these are all included in the “Puffer” index of this site. 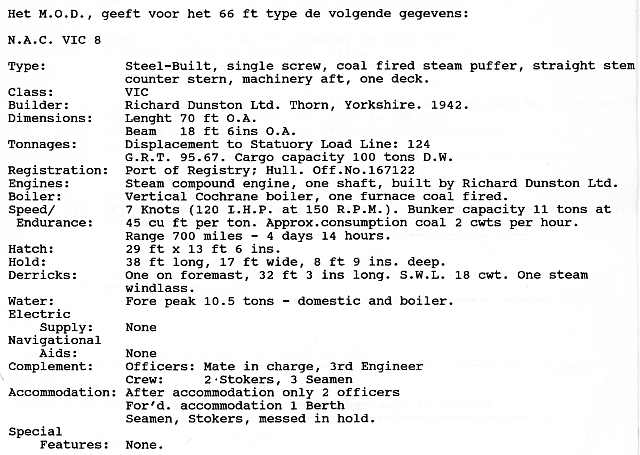 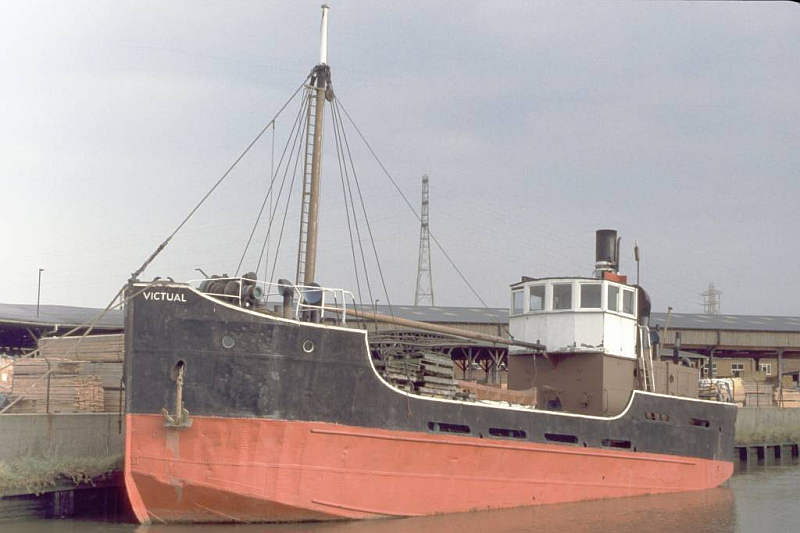 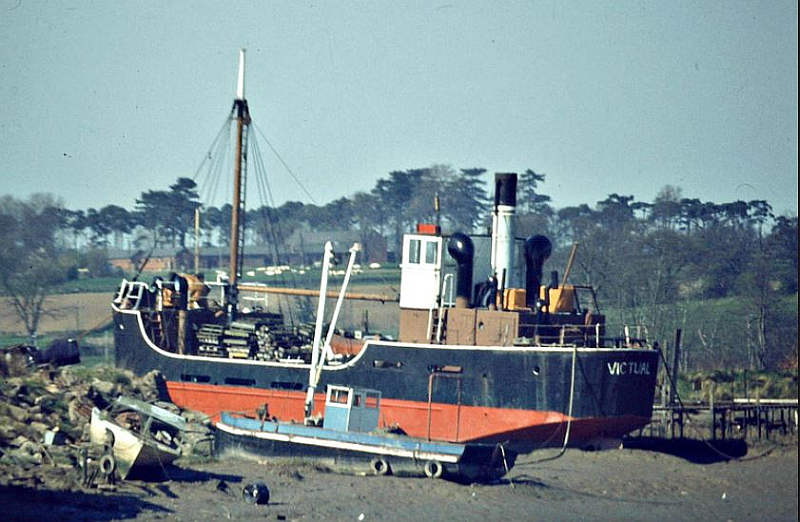